If we trust our inner healer and lead a natural life, we can prevent all suffering and give the doctors and hospitals a wide berth. In a about two weeks, you can read SPIRULINA SURVIVAL FOOD FOR A NEW ERA, my first book on the blue-green algae in English. It looks like the one on the right (you can see the cover with text on the PDF file under FRAGEBOGEN) and shows you an alternative to antibiotics and using the bigger guns. The following quotes from the preface show you what to expect:

“We all need natural food supplements! Because of depleted soils, we are increasingly suffering from nutrient deficiencies. About 3.6 billion years ago, Spirulina's precursors began to turn the earth into a life-friendly system via photosynthesis. Thus blue-green algae or cyanobacteria respectively are the mother substance of flora and fauna. Actually, the helical microorganism is not an alga as referred to in the literature. I also use the term algae or microalgae often for the sake of simplicity.

During a psychic development seminar in California, I got introduced to Spirulina as a protein food for vegetarians. But only when I was involved in Louise Hay's AIDS-support group and giving Reiki, I realized: Spirulina is more than a dietary supplement. Many of the 300 young men who every Wednesday met in West Hollywood appreciated the light food to strengthen their immune system.

Spirulina contains life-sustaining light particles and countless vital substances, of which probably many have not been discovered yet. Whether as powder or tablets the cyanobacteria help to eliminate pesticides and other pollutants from the body and provide for an enormous vitamin boost. When you eat little meat, you can benefit from Spirulina's high protein content (around 60%). But before you begin to take the Green Gold it would be advisable to restore the intestine otherwise, the most valuable substances are excreted since they do not even reach the crusty gut walls. Ways and means to clean the intestines and invigorate the body you find in part II. 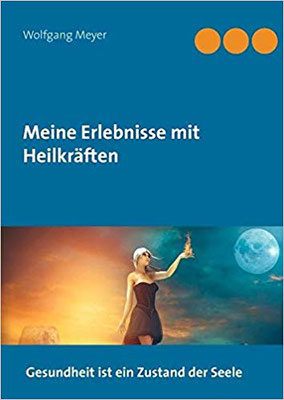